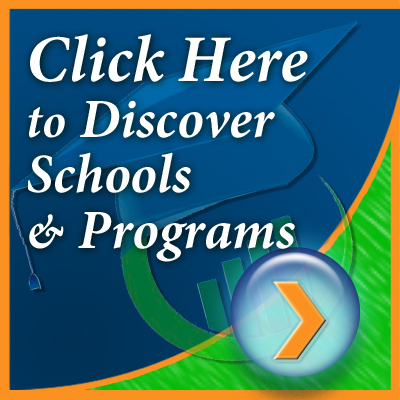 Human societies are identified by different interactions, beliefs, behaviors. The same is true of the governments ruling over them. Social and political polices are interconnected and shape each other in various ways. A particular society cannot be fully understood without also understanding its government. Just as a government cannot be judged beneficial or detrimental without understanding the people its actions affect.
Sociology can be classified as the study of people, whereas political science is usually characterized as the study of power. However, these two subjects teach a very similar education, which proves that power is created by people. No one understands this better than justice studies students who learn how governments influence human societies. They apply sociological tools to societal problems in order to better understand how different political actions affect and define them.
Education
Sociology, political science and justice studies students each begin their education with an introduction to theory. Since the subjects are so closely related, sociological and political theory are often interchangeable. Marx is just one theorist shared between sociology and political science classes. He is also a common subject in justice studies classrooms, which are based on sociological and political combinations.

With a lesson in theory comes an education in observation. These students are taught to be aware and sensitive to their environment in order to locate the multiple factors influencing it. Theory and social observation allow students to identify problems within a society and develop possible solutions for them. When a society is the subject, public opinion tends to be student’s best resource. They are shown different methods and ways of conducting research, such as interview and survey techniques.
Social science skills are mostly developed in lecture halls and honed through critical reading assignments.  In more advanced classes, these skill sets become more specialized and tailored to a student’s major. Sociology students specialize in topics related to the inner-workings of a society, whereas political science students do the same for governments. Studying how they function together, justice studies students specifically research how government policies affect different groups of people. 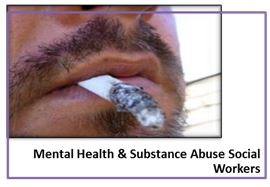 Each major requires a dissertation or individual research paper, which presents a new idea or solution to problems located within a student’s expertise. This paper acts as a demonstration of student skills and culminates their entire academic career into one assignment. There are some topics or areas of specialized study that spread across all three fields, such as criminology and human rights. However, there are some differences. Only political students would study a government’s influence on media and advertisements, whereas, only sociology students would study the impact that media has on a population.
Skills
To interpret, understand and evaluate their areas of study, social science students are taught very similar educations and are therefore equipped with very similar skill sets. The methods used to evaluate political motivations are the same ones used to determine those of a society. Each are also best understood through similar readings and research, which open a student’s mind to the history and evolution of their subject. This knowledge and methodology instill social science students with a skill set focused around critical perspective. 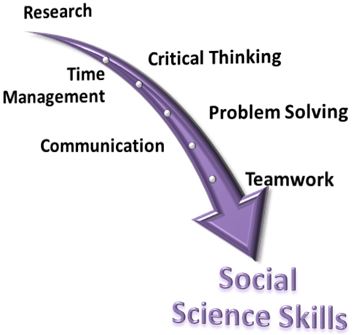 Social science skills begin with the power to formulate theories and ask relevant questions concerning a specific subject. This demonstrates a student’s ability to problem solve and serves as an example of their abilities as a critical thinker. Carrying social science students through finding relevant and trustworthy resources, critical thinking skills are also used in gathering research and evidence. These students, more than others, know where to look for information and what defines an acceptable source.
After formulating an idea, gathering information and determining results, social science students have proved reliable as independent workers and are ready to present their findings. An education in critical perspective serves these students well as excellent communicators. Opening their mind to variety of possibilities and various interpretations, they are equipped to present the same information in a number of different ways.
This includes modern social problems and political controversies. Social science students are trained to view current problems through various lenses, potentially applying a historical, religious or cultural perspective to a modern issue. After all, these students do not study a stagnant subject. It, like different societies and government policies, is constantly changing and developing.
However, one defining characteristic tends to remain constant. Governments and social groups develop rules and regulations around the good of the whole or an entire population. In such a world, social science students must be prepared to work toward a common goal. Fortunately, excellent communication skills also transform social science students into valuable team members who are prepared for such a task.

Employment
In the workforce, social science students tend to be most comfortable in an occupation that doubles as a social service.  They are commonly recruited as social workers or individuals dedicated to helping regular people spot and solve problems. Although these individuals are not always recruited for help in fixing a problem, they are commonly sought for their advice and support in dealing with a lifestyle change.
Some modern problems people face are created by social change, such as mental illness and addiction. To those affected, these social problems often seem created by modern medicine in order to control perfectly healthy individuals. Individuals affected by such problems are likely to resist medication and diagnosis until it is too late and damage has already been done. Someone has already gotten hurt, a job has already been lost or divorce papers may already be filed.
Social workers are professionals at recognizing, diagnosing and understanding these modern social problems. Often working with abused children, disabled individuals and addicts, social workers are relied upon to identify individuals who may need a little extra help in coping with daily life. This includes people who are experiencing a traumatic social change, such as being laid off, adopting a child or getting a divorce.

In the field, social workers use their various academic lenses to understand and relate to individuals they work with. Doing so allows them to assess a client’s needs, strengths, weaknesses and develop a plan best suited for their recovery or rehabilitation. Social workers know that mental illnesses did not develop until after institutions of medicine became prevalent in cities. They also recognize that stress and insomnia are two side-effects of an increasingly sedentary society.
On the job, social workers often use their research skills to find patients any help they may need, such as therapy and healthcare services. Social workers also use their communication skills in working with clients and operating as a team player. They are employed by places that rely on teamwork, including mental health clinics, schools, hospitals and private practices.
Continued on Page 2