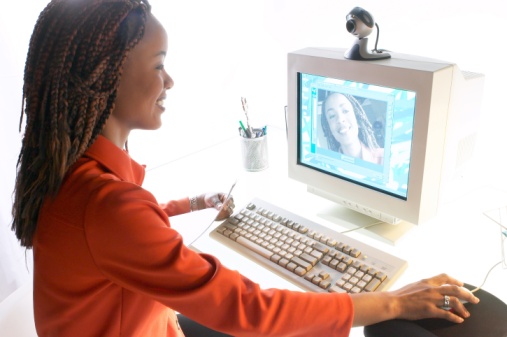 Video technology in online classes is favored by almost two-thirds of those responding to a recent GetEducated.com web poll.

When asked “Which technology would you like in online classes?” a third—34.2 percent—picked video podcasts. This compares with just 10 percent who wanted audio-only podcasts.

Another 25 percent of those who answered the poll chose videoconferencing, meaning that overall, video technology was preferred by 60 percent.

Virtual reality environments, such as Second Life, came in third with 16.7 percent. Coming in last: Twitter, a newcomer to educational applications, with just 5 percent choosing it.

One chunk of respondents—8.3 percent—said they didn’t have a preference, because “Technology isn’t important to my learning.”

This group actually may be correct, according to a recent meta-analysis of online education research by the U.S. Department of Education. Government researchers found that seven out of eight studies conducted from 2003 through 2008 uncovered no educational advantage to multimedia elements such as video podcasts.

Yet demand for technology in colleges—including video—is strong among students, according to a survey by CDW.

CDW’s report on technology in the 21st century classroom found that incoming college students wanted and expected more technological options, both for virtual learning and in on-campus courses.

Colleges have been improving access to videoconferencing (61 percent offered it in 2010, up from 47 percent in 2009).

However, only 12 percent of faculty report using audio or video podcasts. Students in the CDW survey list lack of faculty use of or comfort with technology as a major concern, and say they are considering availability of video technology, online classes, and other forms of learning technology when choosing colleges.