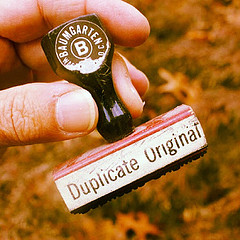 Before I came to the online world, I spent years as a professor in traditional colleges. There, as here, I believe that the vast majority of students are honest. But I also know that under pressure, people are capable of many things. Some of the more creative cheaters I encountered were students who:

I share these not to give you ideas– trust me, savvy professors have seen it all anyway– but to let you know that we know. As dean of an online school now, I don’t see any of the specific examples above. But yes, we do encounter cases of academic dishonesty. And we take it seriously, I assure you. Here I thought I’d share 5 secrets about online college cheating, from a dean’s perspective:

Some of my colleagues in higher ed may actually be upset that I’ve discussed some of these points. “Why give people ideas?” they’ll ask. But I believe in addressing elephants in rooms. I’m not teaching you how to cheat, which you probably know already if you’re so inclined. I’m telling you why you shouldn’t. As I said at the outset, I believe that the vast majority of people are fundamentally honest. I’m sure you are. And it’s the reputation of your degree that we’re trying to protect by aggressively going after the exceptions. I’m particularly interested in hearing your thoughts. As a student, have you encountered cheating? Have you ever been tempted yourself?

About the Author: Dr. Scott Dalrymple is the Dean of the School of Liberal Arts at Excelsior College, a nonprofit online college with 30,000 students. Before that he ran Business Administration departments at two other colleges, and before that he worked as a financial analyst and market researcher. For fun Scott writes short fiction; he has published stories in THE MAGAZINE OF FANTASY & SCIENCE FICTION, and recently won the 2010 Readers Choice Award from REALMS OF FANTASY magazine.