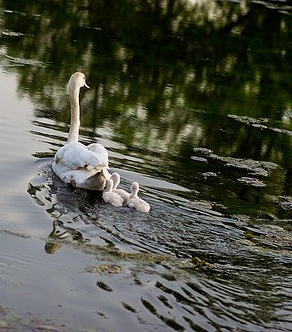 Online group projects (OGPs) can be very stressful and students often cite them as one of their top complaints. It’s not so much that your instructor wants to torture you—in fact, as a graduate student, I’ve learned there are great benefits to participating in group projects online. Don’t dread your next group project. Instead, look to OGPs as fertile training grounds to build critical leadership skills you’ll use in the workplace later.

1. Don’t Wait for Anyone to Fix Your Problems

Part of the reason online universities assign group projects is to help working students master the art of teamwork. For projects to be successful someone needs to step up and lead the group. Why not you?   At first, I didn’t understand the power an individual student possessed when completing online group projects. I couldn’t figure out why instructors did not more actively guide their students during these team assignments. Why didn’t they chastise the slackers? Out of necessity, I developed survival strategies designed to lessen my stress while working on online team projects. I learned from each OGP by trying out different leadership approaches until I had successfully engineered a plan of attack.   Bottom Line: If the team isn’t working and the project is not getting done, don’t wait for anyone (including the instructor) to fix your problems. You don’t need to be given permission to step up and lead—start using your own power and natural decision making skills to assume responsibility and take charge.

2. No Sympathy for Slackers

I took a lot of crap from slack-happy fellow students before I learned to be more hard-nosed. When I first starting learning online I often finished work for my fellow students. I tried to be everyone’s friend. I didn’t want to hurt anyone’s feelings. I didn’t complain when team members shirked their work, even when I was the team leader!   In the beginning I silently cursed two specific types of slacker students. The first is the “Hitchhiker”—a manipulative student who does nothing but passively ride on the coattails of others. The second is the “Couch Potato”—a lazy student who does not pull their own weight and waits to be cajoled or prodded by others. Both types of people exist everywhere—not just online and in every office in America. Learning to deal with slackers is a valuable lesson in workplace leadership.   The first time I told a fellow student he was not going to get credit for a project was tough. He did not contribute anything to the team’s efforts yet he felt his name should be added to the final project. I felt differently. As the team leader it was up to me to speak up and grant (or withhold credit) according to the group member’s effort. And so, I refused to give the academic bum credit. I learned to stand up for myself and take command in a leadership role. I learned classroom slackers don’t deserve sympathy, nor do they deserve credit for another team member’s effort and good grades.   Bottom Line: Don’t be self-sacrificing in an effort to be nice. A good leader does not tolerate slackers. Don’t allow anyone to take advantage of you or your team. You can and should support all members while helping those who struggle. But, you can and should refuse to do the work for any member who does not put in the time or mental muscle.

Every new online group project is a potential snake pit. Earning a degree online as well as working in any office means completing a lot of team projects. After two semesters of dealing with slackers and the resulting stress, my inner-dictator took over. I volunteered to be the team leader on every subsequent project. Yes, I took total control of what had been a chaotic and stressful situation, but, at the same time, I no longer trusted anyone else to get the job done.   Panicked yet pumped up by the heightened responsibility (and power!) I began to say, “You do this. You do that. No need to contribute any ideas yourself, I’ve got it all covered.”   That didn’t work out so well either.   Bottom Line: Being a good leader isn’t about ordering people around. It’s about learning how to collaborate, delegate, and communicate effectively with your team. It’s about creating a plan of success. It’s not about being close minded, unapproachable, and inflexible. It’s about managing rather than dictating.

Sure, I could argue for the worldwide elimination of OGPs. But, many jobs require group collaboration on workplace projects, and OGPs give students experience in dealing with others in a “safe” setting. Believe it or not, team projects are actually a valuable learning tool if you are flexible.   I know for a fact that I am now a better leader and manager because of online group projects. I am a more effective online communicator and a more confident instructor thanks to my new-found leadership skills and other benefits of being an online student. And I certainly wouldn’t trade these hard-earned qualities for an easier education.