How to Become a Video Game Tester

Home Career Center How to Become a Video Game Tester

Video game testing sounds like a dream job for many people.

After all, you get paid to play video games all day long…right? Well, no, not exactly.

The truth is, video game testing is a highly challenging career that requires more than just leisurely thumbing through video games. You may be the best Halo player in your group, but that doesn’t mean you would make a great video game tester.

While this is a highly desirable job with relatively-low educational requirements, most people actually use it as a springboard for a career in the video game industry. In fact, it’s the opportunities, not the pay nor the “play,” that attracts most people to the position.

So, do you love video games enough to give it a shot? Then keep reading to learn more about this exciting, challenging career.

What Do Game Testers Do?

Video game testers are people who work for video game companies with the task of thoroughly testing games to make sure they are free of “bugs,” “glitches,” and other problems. They are also known as “beta testers,” or simply “game testers.”

The job of a video game tester is not to actually play the game, but to break the game. They purposefully move through the video game, playing all the levels, going through all the menus, and using all the different characters and options with the goal of uncovering flaws in the system.

A video game tester is expected to take a wide range of actions in the game to identify any bugs or glitches. Essentially, a bug is something wrong with the programming, and there can be a huge variety of them. A bug comes when a player gets trapped in a certain spot, or when a movement graphic doesn’t work properly on a specific character. There are literally millions of possible bugs that could be in the game, but thanks to game testers, most games are released nearly flawless.

One of the main tasks of a video game tester is to use the game in as many possible ways as they can possibly conceive, taking actions that few users will ever make. This might sound time-consuming and repetitive, but it’s an essential duty.

Game testers may also have to run through matrix testings. Matrix testing is often used in fighting games like Mortal Combat, Tekken, or Soul Calibur. Say a fighting game has 20 different characters and 20 different levels. When doing matrix testing, the video game tester would need to play as each character vs each character (including Character 1 vs Character 1) on all 20 levels. That’s 8,000 different matchups! That’s just one example of the highly-detailed, often monotonous work that video game testers have to do. 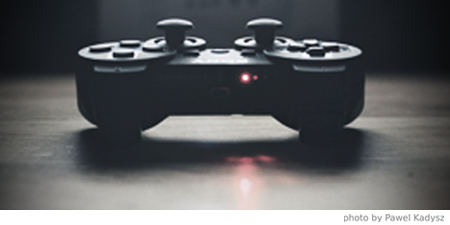 If you are searching for a career that lets you work from your own home, then look to the video game industry. While some game testers will work in-house for major companies, work from home is a very common practice. This means that many testers have no daily schedule and no boss hovering over their work. However, once an assignment is given, you are expected to meet specific deadlines. How you meet those deadlines is entirely up to you. Often the game developer will set individual milestones, breaking down the work into smaller segments.

A game tester’s work area is in front of a television or computer screen. Like most work-from-home professionals, the need for a quiet area is essential, allowing a game tester to give all their attention to the work at hand.

Almost all work-from-home video game testers will have to provide their own equipment, meaning you will have to purchase consoles, computers, controllers, and other products in order to complete the work and earn an income.

Perks of Being a Video Game Tester

There are three major benefits for video game testing. First is the option to work from home, which allows for greater flexibility and personal freedom. Many people find this to be one of the top reasons to choose a video game tester career.

Second, you get to interact with all the latest video games before anyone else. While you can’t really call it “playing” video games, you do get the chance to use new games that others may not experience for years. If you’re a video game junky, this is probably one of the biggest perks of becoming a game tester.

Third, many people use a game tester job as an entry into the industry. While the position is low on the experience level and pay scale, it can lead to higher positions in video game development and design.

There are many basic skills and abilities that you will need for a career as a video game tester, but probably the most important attribute is a foundational experience with video games. You need to understand the top genres of games, know what makes for a good video game, and grasp the essentials of game play. Knowing video games, however, is just a start.

It might surprise you to learn that strong writing and communication skills are essential for a good video game tester. The ability to write in a clear, brief, and effective manner will help you describe the glitches you find and how you found them. Your clear writing will give developers a clear path to addressing the issue and creating a fix. You don’t have to be a poetic, colorful author; you need to be a clear, concise, and detailed communicator.

As a video game tester, you will also have to understand basic troubleshooting. While you won’t have to solve specific problems with the game, you will have to recreate, often dozens of times, the specific sequence that led to the glitch. Finding a bug can be simple, but recreating the steps to reproduce the result can be a challenge.

First of all, a high-quality video game tester will have a strong knack for details. Gaming proficiency is required, but you’ll need to take it even further by spotting glitches that are so small the average player will never notice them. A good game tester will have to spot these tiny details and point them out to the developer. You can fully expect to be tested on details when interviewing for a game testing job.

Also, you won’t last long in game testing without a tolerance for repetition. You may have to play a level over and over again, attempting to perform every possible task or interact with every computer-based character, walking through all the possible actions in order to make sure they function properly.

While there are no requirements for education or a specific video game school, there are a few paths that you can take to increase your chances of landing a job as a video game tester. Game testers are generally educated in either game design or in something related to video graphics, computer science, or other software-related fields.

Each of these education paths will cover how programs and coding comes together to make the technology like video games, websites and online apps. You’ll also learn why certain programs behave the way they do, and how applications are designed from the ground up. This is highly technical education, but it may also involve theoretical and artistic concepts like color composition, image balance, texture, or user behavior.

There are also a few certificates that will benefit video game testers. These certificates offer a direct education in a specific field and often provide a faster entrance into a new career path.

Because a video game tester is not only responsible for finding problems with a game but also relating these problems to programmers and developers, it is important to also have a well-rounded education that enhances communication skills.

A video game tester will also benefit from a classes related to:

Your game tester salary will depend on your education, experience level, and skills.

According to the Gamasutra Salary Survey of 2014, the online publication for Game Developer Magazine, the average salary for testers is about $54,833 annually. The same study found that testers with over three years of experience average roughly $48,426 a year. If you work for over six years, you can expect to reach an average of $62,885 a year, and those with a master’s degree earned on average $65,000.

The job outlook for testers is directly tied to the video game industry. As long as people are lining up to buy the latest versions of Fallout, Madden, Call of Duty, or the hottest labels, there will be a need for testers to “break” these games. While it is unknown just how many video game testers there are in the US, the number is certainly in the thousands.

According to the Entertainment Software Association, 51% of American household own a game console, while four out of every five (80%) households have a device used for gaming, which can include computers, mobile phones, and tablets.

Considering the rise of mobile apps and downloadable games, the need for video game testers is not expected to drop anytime soon.

However, competition can be fierce for these positions. Because of the relatively-low educational requirement, there are often many qualified candidates applying for a single opportunity. This makes the need for education all the more important, as it presents a chance to separate yourself from the pack.

There are a wide range of jobs related to the field of video game testing. In fact, the role of a tester is often used to gain upward mobility into other positions. For example, working as a tester may be the entry you need to work in positions that deal with pre-production, design, marketing, video game art, management, and more.

A job as a video game tester may lead to further opportunities, including:

With the right education, a knack for detail, and excellent communication skills, you just might be the perfect tester for the next blockbuster video game.