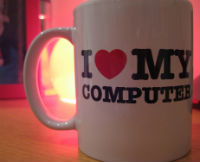 A new study by Babson Survey Research Group reveals that online learning is growing. This stands in contrast to overall enrollment in traditional colleges and universities, which fell (albeit less than .1 percent) for the first time in the survey’s 10-year history.
The study, titled “Changing Courses: Ten Years of Tracking Online Education in the United States,” examines online learning in the U.S.

Babson also surveyed institutional officials for their take on massive open online courses (MOOCs). This is the first time that MOOCs were included in the research study.
Only 2.6 percent of higher education institutions currently offer a MOOC, with 10 percent planning to add them. The study found that the majority of schools—55 percent—remain undecided on whether to add MOOCs or not. Babson’s research also found that institutions with existing online courses and programs make up the majority of schools planning to offer MOOCs.

Although enrollment at traditional brick-and-mortar schools has slowed down, the number of online students is still growing.
The Babson survey revealed that online enrollees have increased by 9.3 percent. As of Fall 2011, more than 6.7 million post-secondary students have taken an online course—roughly one-third of all post-secondary students.
Other survey highlights include:
The survey revealed an interesting balancing act between online learning popularity—especially with students—and educators’ desire for legitimacy and value in a degree.
The survey was done in conjunction with the Sloan Consortium and Pearson. Read the entire “Changing Course” survey for a more in-depth look at online learning.