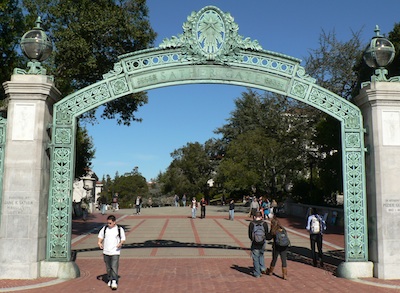 Responding to a growing need for professionals in the public health sector, UC Berkeley says it is opening an online master’s in public health that will require 85 percent of coursework to be completed online. The program will bolster learning with three on-campus sessions totaling 15 days.

The UC Berkeley School of Public Health says it hopes the expansion to online learning will help with the estimated national shortage of 250,000 trained public health professionals. Next semester the class will pilot with 10 professionals, though they hope to expand the program to a capacity of 220.

According to Berkeley’s campus newspaper, the Daily Californian, school officials determined that while they wish to meet educational demands, they also had a space problem as university’s physical structures are unable to accommodate any more students.

The faculty also recognized the “accessibility and innovation” of an online master’s program.

“It’s an exciting opportunity for faculty to compare differences in student receptivity and knowledge acquisition,” Hosang told the paper.
“I think we are the guinea pigs, and other professional schools may be watching closely to see what we are doing.”

While university officials laud the new effort, some students and alumni regard the move—which is not unique for a state university in this day and age—as having negative impact on the “value” of the highly-regarded program.

Bahar Navab, president of Graduate Assembly—effectively the student union—responded to the student newspaper only in an email, but wrote, “I think online degree programs have the potential to diminish the value of a UC Berkeley education.”

She said the assembly hadn’t voted on a stance, but was concerned about offering online classes. “Can we honestly say that an online course is the equivalent of hands-on training and face-to-face group discussion?”

Commenters on the newspaper’s site echoed the bias against the online master’s degree in public health. “As someone who actually worked to get my MPH from Cal, I find this to be incredibly sad. So much for the value of my Cal MPH. Sigh,” wrote “Cycler.”

Another commented, “The day molecular bio becomes online I will cry and never again donate to this public DeVry!”

On their site, UC Berkeley’s online master’s degree in public health program notes that, “Curriculum consists of the same core requirements as the on-campus MPH programs, as well as eight additional courses that provide a broad-based interdisciplinary background in public health.”

It is unclear whether that means the additional classes replace what would be electives on campus, or if it means online students have a longer enrollment period. At the time of this publication, no university personnel had returned an inquiry regarding the courses.

Jess Wisloski is a journalist and videographer based in Vermont, and former editor of Yahoo NYC. Since 2001, she has written for various publications, including the Village Voice, the New York Times, the Villager, the Brooklyn Papers and various metro weeklies. She is a journalism graduate of NYU.