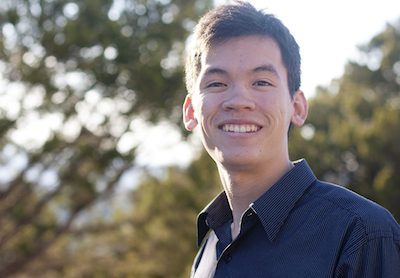 At 22, Paul Hastings may be the same age as many traditional college graduates, but this nontraditional student and online BSBA candidate from Lubbock, Texas is on a different journey than his friends.

For one, most of his high-school friends are finishing up their college degrees.

Paul will be starting his fully online Bachelors of Science in Business Administration at Thomas Edison State College in the fall. And also finishing it.

Unlike his peers, he’s been working full-time over the past two years, and he currently serves as a political analyst at a non-profit. It’s a job many recent college grads would be thrilled to have.

It wasn’t Paul’s choice to put college on the back burner — his father asked him to hold off on college when his grandmother’s illness put the family in a financial bind. But he doesn’t regret the decision.

Paul Hastings is one of three winners awarded a $1,000 scholarship offered twice a year by Get Educated, which will help him fund his online education.

Education was an important part of of Paul’s life growing up, and his family’s as well.

For his entire life, Paul was home-schooled. He earned high grades, won honors as a National Merit Scholar, and has SAT scores ranging from the 97-99th percentile. He’s won several statewide and national tournaments in competitive speech and debate. He’s also an Eagle Scout.

All those high achievements didn’t insulate his family from the rough realities of financial instability. When his older brother went to college, everybody had to chip in.{{RightSponsor84}}

“We cleaned houses to pay for his school,” he said, to cover the cost of food, textbooks, and campus housing at his brother’s private university in Houston.

“I was sixteen, and it was one night — at two in the morning — I thought about this. ‘Wow, we’re really going through a lot to pay for his school,” he recalls. “And I came to the realization that I really couldn’t do that.”

He was a very self-motivated learner, as many homeschoolers are. When he found out at 18 years old that his family wasn’t prepared to send him off to college, he wasn’t sure what to think.

“I was kind of a little bit nonplussed about that. I was kind of like, ‘Hey, wait a minute, we helped my brother go to an ivy-league school,’ ” he recalls. “But in the long term I’m grateful for it.”

While friends were packing up and moving on from his hometown, he stayed put and helped his family pay off some of the tremendous bills they faced from his grandmother’s healthcare costs.

He also spent her last days with his grandmother, before she passed on.

“When I graduated high school, I realized I had the grades,” to pay for college, he says. “I could’ve gone to Harvard if I wanted to, and there were a lot of smaller schools I could’ve gone to as a full-ride scholarship.”

But going away wasn’t going to help his family in the way they needed it.

Earning College Credits Towards BSBA on the Cheap

Instead of leaving for school, he buckled down as he always had, and carved his own path to college.

He focused on earning as many college credits as he could towards a degree program by transferring course credits and taking higher-education level exams like the College Level Examination Program (CLEP) or Advanced Placement exams.

He’d also already taken courses at Austin Community College in his last year of high school, so had earned credits that way, too. Then he looked into attending a college he’d heard good things about: Thomas Edison State College.

“I had friends who had gone to Thomas Edison State College, I asked them if I could look at their transcripts,” he says.

Using their classes as a model, he built his own degree template.

“I looked at their entire transcript, and I said ‘Oh ok, they took these courses, and this is what allowed them to pass,’ and on [the college’s] website they have a list of what courses you need to take for that degree,” he said.

By taking CLEPs, he saved money: Each exam tests what a student knows on a subject.

The cost is $70, and can earn you three college credits with a passing grade (compare that to $426 per course at Austin Community College.) There are CLEPs in 34 subject areas, and Paul took as many as he could towards his degree plan.

Thomas Edison State College accepted nearly all of the credits on his transcript and his CLEPs and other exam credits. That’s how he managed the unusual feat of earning a four-year degree in just one semester of enrollment.

He expects to complete his online BSBA degree by December.

Nowadays, Paul’s glad he took a different route to get his online BSBA degree. 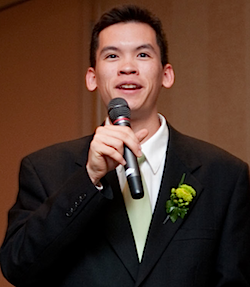 He saved tons of money, and in the meantime, has traveled to Thailand, spent valuable last days with his grandmother, and scored a job he takes great pride in.

“I’m happy it occurred. I would never have this job that I have right now if I ‘d gone to a normal school,” he says. “None of this would’ve ever ever been possible.”

The organization he works for, the Texas Home School Coalition, first hired him as a programmer, but last January asked him last year to work as a lobbyist in Texas state legislature.

His new role makes great use of his public speaking skills, and in the off time he works mainly as a political consultant.

“I look at my friends who went to brick-and-mortar schools, and I’m like, ‘Guys, you’ve just wasted four years of your life,'” he says. He believes his education will have to be an ongoing investment, so why spend so paying for it?

“In the end that’s it. They’re going to get a degree, they’re going to spend a lot of money, and statistically, 20 years from now, they will not have the same job they went to school for. They just won’t,” he says.

Get Educated offers $1,000 undergraduate and graduate scholarships for distance learning assistance in the spring and fall.

The deadlines for these ongoing scholarship awards are March 15 and October 15. All those interested should apply for a Get Educated online college scholarship before the deadline.