Online Student and Single Mom Wins $1,000 Scholarship, and Hopes her Daughter is Inspired by Her Diploma

Home Free College Scholarships Online Student and Single Mom Wins $1,000 Scholarship, and Hopes her Daughter is Inspired by Her Diploma 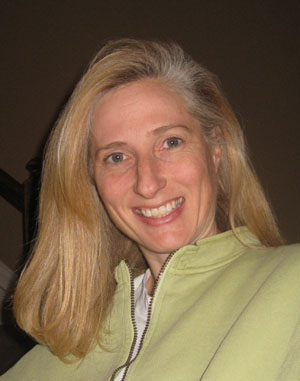 Lynn Ponder, 44, isn’t the only one in her household who will be in college next year: The online student will be midway through her Master of Arts in Technical Communications at Texas Tech University next fall, just as her 18-year-old daughter enters classes on a college campus for the first time.

Thanks to Get Educated, which has scholarships for single moms and others, this single mom’s pursuit will be easier.

With the help of Get Educated’s $1,000 Excellence in Online Education Scholarship — which was awarded to Ponder as a member of Core4Women, a web-based support network for online students — she’ll be completing her semester with fewer expenses.

Ponder, who currently works as a books publisher for a small Christian press and is based in Houston, Texas, says part of her inspiration for going back to school was wanting to help afford her daughter’s higher education.

“Paying for a college education now — it’s one thing when you’re trying to pay for your own, but then turning around to try and pay for hers — it’s pretty daunting,” she says.

By studying in the Texas Tech program, she’s developed some of the skills that will allow her to move beyond her niche publishing work into the more lucrative field of technical writing or working as a documents specialist in an engineering or medical field.

“It’s one thing to write religious books, it’s another thing to prepare documents for engineers, it’s a really different task,” she says.

Since entering the program two semesters ago, she says she’s already been approached about a position writing for a large oil and gas corporation.

Currently, Ponder works from home, so the university’s online graduate classes allow her to get a degree. She’s able to participate in the highly-regarded program without relocating to Lubbock, Tex., which is nine hours’ drive away.

Attending class with students from all reaches of the globe has been a special experience for Ponder.

“The experience of being able to get a degree, and get an education, and be in class with people who are not all geographically in the same classroom is in-and-of-itself a learning experience,” she says.

Though her daughter may not realize it right away, Ponder says she hopes her own choice to return to school will resonate with her child later on.

She’s trying to instill the value of pursuing ongoing education with her daughter, too.

Ponder has sought out scholarships for single moms like herself, and other ways to pay for her courses, while trying to advise her daughter, too.

“Being able to put [my daughter] through school – she’s looking for scholarships and going through the same process I am – but to be able to help her, and find a way to get her that experience, I need something that pays well,” says Ponder.

In exchange, she hopes her daughter is influenced by her struggle to complete an advanced degree as an online student.

“I think a lot of students don’t go walk the stage, but I really want to,” says Ponder, who hopes to stand alongside her classmates at graduation.

“I really want to, and I want to take her,” to the Texas Tech campus.  “She’ll be middle of her college years. I kind of would like her to see that. Hopefully that would be sort of an inspiration.”

GetEducated.com will continue to offer free online college scholarships and grants to distance learning students in the spring and fall. The deadlines for these scholarship awards are March 15 and October 15.