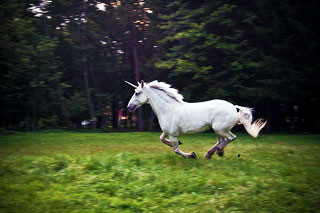 Online learning pundits predict that the marriage of educational technology with college learning will result in the birth of a new litter of low-cost or cheap online colleges.   I wish this notion were true.   I wish online education was destined to lower the cost of attending college while also solving the student debt crisis that plagues America.   Instead, surveys show just the opposite – online college costs might actually be higher than residential college costs. The cost of masters degrees, online MBAs especially, are often higher than the equivalent on-campus versions. Don’t get me wrong. Tying technology to education can indeed lower the cost of delivering college courses. Online learning could, in theory, provide what one Forbes business writer has envisioned as a national system of “cheaper education for the masses.”   It could, but it isn’t.

For the last decade GetEducated.com has tracked the real cost – the tuition AND online learning fees – for online degree programs across the country. We then publish this data as lists of the most affordable online learning degrees. We’ve tracked sticker prices for online degrees at schools ranging from Penn State, to Johns Hopkins to the University of Phoenix.   Our data shows that the #1 determinant of online college costs is not whether that degree is offered online or on campus – it’s the business structure of the degree-granting institution.   For-profit colleges charge what the market will bear.   Public universities charge what tax payers and the legislature will allow.

The Myth of the Cheap For-Profit School

While consumers often consider the University of Phoenix to be the standard for delivering a low-cost, mass market, campus-free college experience —in short, the flagship example of a cheap online college — the exact opposite is factually true.   The University of Phoenix’s Online College of Business and Management offers one of the most expensive online bachelor degrees. Their $66,000 degree, well above the $44,000 average degree cost, actually puts them in the bottom 15% affordability-wise of all 150 regionally accredited online bachelors in business surveyed. As of 2011, consumers could get the same degree from the University of Wyoming Online for only $16,000.   According to a 2011 cost survey of more than 700 online bachelors degrees undertaken by GetEducated.com, degrees from for-profit schools are on average 50% more expensive than degrees from non-profit, public institutions (the average non-profit public university’s bachelors costs $33,997 while the average for-profit version costs a whopping $51,280).

Ironically, in some cases, even among non-profit colleges, America’s student body is being charged a  premium for the convenience of learning online. Some public universities, struggling with declining tax support, have begun systematically charging higher tuition and fees for the convenience associated with online learning.   In 2012 the Western Cooperative for Educational Telecommunications surveyed 199 colleges hoping turn up hard data on online college course costs. Their findings: while most colleges charge online students the same tuition as residential students, nearly a third of all respondents – 29 percent – reported charging extra for online tuition.   Public or private, non-profit or for-profit, the way online learning degrees are being priced fails to follow a promising logic.   It’s a buyer beware marketplace.   Regis, a private Jesuit University in Colorado, has offered degrees for 130 years. In 1997, the university’s College of Professional Studies began offering graduate degrees online. At Regis, a residential MBA costs $770 per credit. The online tuition for this degree is $825 per credit. A 30-credit online Master of Business Administration from Regis University costs $24,750 while they charge only $23,100 for the on-campus degree. The school charges 7% more for the convenience of earning a degree online.   Most online degree students can expect a 5-10% increase in college costs for the privilege of a commute-free degree.   So much for educational technology and a national system of affordable online colleges.

Online Colleges and the “Cheap” Stigma

Online degrees suffer from a stigma of “cheapness,” but current practice among both for-profit colleges and non-profit colleges indicate that cost control is not destined to be a real part of any grand national pledge by the online learning sector to help make college more affordable to students themselves.   I caution those who believe that educational technology and online learning will universally lower college costs and indebtedness, for the students who use it. Instead, what is unfolding, if one examines the cost data, is a pattern akin to what happened in the 1980s when health care was converted to a profit-driven structure.   Higher education will continue to balloon in cost. Institutions – both for-profit and cash-strapped non-profits — will increasingly enlist technology to cut costs. Alas, consumers themselves may increasingly be denied the benefits of these cost cutting measures.   Cost reduction for the consumer will be realized only if online learning is designed with both the impulse and business structures necessary to cut costs. Someone must decide that students themselves, not the public institutions or the private investors on Wall Street, deserve to pocket these savings.   In many cases online education is being used as a “cash cow” – a way to raise ebbing revenues, even at non-profit state colleges. State colleges have been able to lower college costs by building virtual campuses. Online college costs save on two of the most costly aspects of higher education – bricks and mortar facilities and tenured faculty.   But where are online college cost savings going? They are not necessarily being passed into  the pockets of “the people.”   I too often read reports that online education is the panacea that will make college cheaper, more affordable, and therefore more accessible to all — what I want to stress is that the savings educational technology is bringing to college campuses are not uniformly being passed on to consumers.   Whether or not these savings should be passed on to the students – well, that’s a whole other debate.   Tell us what you think.   Is your institution charging less or more for online learning?  What’s the pricing rationale for online degrees at your university? Tell us what’s happening on your academic turf and we’ll pass on the good news – or the bad – to consumers themselves.