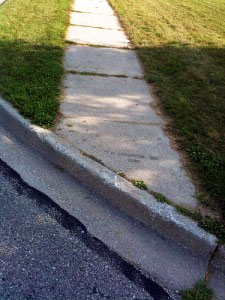 I received a forwarded email message last week proclaiming that providing mainstream accessibility for people with disabilities was “exploding in the computer area.” Yet another promise of the amazing promise assistive technology holds, to save us all. As someone with a severe disability (I have no use of either hand) who uses a computer (and a “phone,” and a television connected to the Internet), a fair amount (at least 10 hours a day), one might think I would be extremely pleased to be informed of such news. None of this is new to me though. Accessibility is far from being a recent development in the world of computing. It has improved exponentially in conjunction with increased computing power, but free — and surprisingly effective — accessibility tools have been included with operating systems at least as far back as Windows 95. The problem is not availability. It’s adoption, and reinforcement, of a set of standards and best practices that would benefit us all, able-bodied and disabled alike.

What You Don’t Know About Assistive Technology

There are a number of truths about accessibility that most people and educators do not realize.

I face what many would regard as a significant number of challenges to do my primary work as a programmer. Among these: I typically use a computer by having plastic typing sticks strapped to my hands. The two accessibility options I depend on most for using a keyboard without a mouse, Mouse Keys and Sticky Keys, have been free and almost unchanged for nearly two decades. Windows has built-in free Speech Recognition that has become so good that I often prefer it over purchased software. But even those programs have improved dramatically over the years.  Mac operating systems, and some flavors of Linux, have similar free tools embedded in them.

I was disheartened to read the results last week of a Pew Internet and American Life survey that indicated only 54% of adults in the United States with a disability had been online. Nobody has, but I wonder what would we’d find if it boiled down this research to students, or would-be online students. The Americans with Disabilities Act (ADA) and Section 508 of the Rehabilitation Act stipulate that students in post-secondary education have equal access to all information used in a course. Yet research shows that most instructors do not know what constitutes an accessible file or web page. The not-knowing-how-to-make-sure-a-file-is-accessible factor is actually much more difficult to overcome than removing many of the accessibility barriers from computer-based instructional materials. A lack of awareness is the major reason many educators do not universal design in education, not difficulty in actually making course files accessible. If more people knew about accessibility tools to enable the use of a computer, and the creators of websites and educational course material are made aware of how to follow universal design in education concepts, perhaps that could be increased. I hope my personal perception is wrong, but, having been both a student and educator for the last 15 years, it seems that some faculty view accessibility accommodations as a burden on themselves.

One of my goals, both personally and professionally as a member of the Barrier-Free Learning Committee at Dakota State University, is to promote the concept of universal design in education. Instead of viewing accessibility as extra work to create course content for a few disabled users, universal design in education promotes creating or adapting the content in a manner that simultaneously meets the needs of ALL users. In other words, if you make a file or web page accessible, it increases the usability for everybody.

Universal design is not a new concept, nor is it limited to the Internet and content on a computer. An example that is used often to illustrate this is curb cuts. Curb cuts became a required standard because of those who depended on wheelchairs to have equal access to sidewalks. Once that accommodation is provided, it makes it easier for everybody to use that sidewalk. The same analogy can be applied to elevators, which became required as part of the ADA. Elevators are an accommodation for the disabled population, but they benefit everybody. 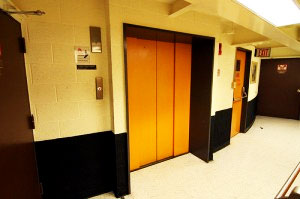 I think we all know people who always use an elevator when they are perfectly capable of walking up and down stairs. And I am perfectly OK with that, since I am a firm believer in taking the path of least resistance. Increased usability of web pages, improved document and navigational structure, and speech recognition on computers, smart phones, and even the newest televisions, are just a few examples of “electronic curb cuts” that benefit all. If educators follow the principles of universal design in education, they increase the usability for all students while also abiding by federal regulations and accounting for accessibility accommodations.

About the Author: Chris Olson is an Assistant Professor in the College of Business and Information Systems at Dakota State University in Madison, SD. He received his bachelor’s and master’s degrees in Information Systems from Dakota State University and is currently a PhD candidate through Northcentral University. He teaches both undergraduate and graduate courses, specializing in Office applications, Visual Basic programming, and both client and server side Web programming. He serves on the Barrier Free Learning Committee at DSU, which was formed to ensure that students who rely on assistive software are able to access information effectively. He also oversees Increasing Access to Online Education, which provides free training videos on assistive software.