Despite research to the contrary, many people — educators often included — continue to argue that no person of intellectual merit ever learned anything of substance in the history of distance learning.   This is my response to that silly prejudicial notice that it takes a lecture hall and a bell tower to make a university. Learning takes place inside your head, not inside a classroom. This helps explain why graduates of distance learning and correspondence degree programs have, for more than a century, gone on to win Nobel prizes, found entrepreneurial empires, and write literature worthy of global acclaim. One need only peer into the history of distance learning to uncover several big-name alumni.   Ladies and gents, here’s a little distance learning history from before the Internet came into being, my top 6 nominees for famous hot, brainy homeschooled dudes …

The first correspondence degree program, the University of London’s “External Programme,” got off the ground in 1858, under the watchful eye of Queen Victoria.   The “programme” was meant to help civil servants of the British Empire keep on learning regardless of which hell hole they were shipped off to in service of the Queen. It was also meant to help educate the rural heathens of the great island.   The Internet was not involved. Ox carts were enlisted to bounce lessons around the rural kingdom, which was vast. Clipper ships carried report cards to the Far East and the “colonies.”   Lots of famous students earned their bachelors through distance learning and correspondence degree programs while remaining actively employed and engaged in their hometowns or in far flung exotic places. 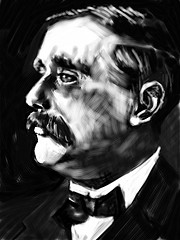 Herbert George Wells was born into a poor family in rural England in 1866. His father was a failed cricketer who literally could not manage to keep the family out of one sticky wicket after another.   But Herbert George loved to read, and so he made a go of learning on his own. In 1890, at the ripe old age of 24, Wells used a correspondence degree program to earn a bachelors in zoology from the University of London External Programme. He then commenced teaching.   Today we know Herbert George as H.G. Wells: the father of science fiction. He inked out timeless classics such as The Time Machine, The Island of Doctor Moreau, The Invisible Man, and The War of the Worlds. He also taught others to imagine and write. A.A, Milne, author of Winnie the Pooh fame, would be among his most notable pupils.     Well done, George. Not bad for a chap who was home schooled. 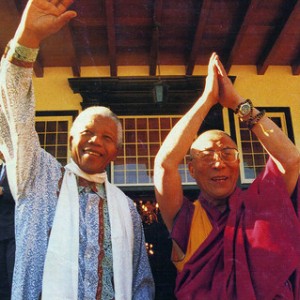 In 1993, Nelson Mandela was awarded a Nobel Peace Prize. There were stints in his life when  circumstances — namely prison incarceration — made attending college classes face-to-face a wee bit problematic. While imprisoned, Mandela studied for his Bachelors in Law from the University of London External Degree Programme. Distance learning was not new to Mandela when he began the University of London programme. Earlier in his life, when working as a clerk in a Johannesburg legal firm, Witkin, Sidelsky and Edelman, Mandela completed his Bachelor of Arts correspondence degree through the University of South Africa. UNISA, one of the world’s mega universities, has offered correspondence degrees since its inception in an effort to grant all students, no matter where they reside, access to the knowledge needed to excel in life.   Today UNISA enrolls 300,000 students who reside in 150 countries. It is the largest university on the African continent.   That’s a lot of learning from afar. 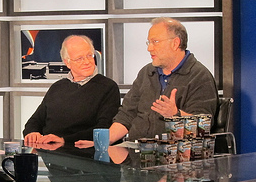 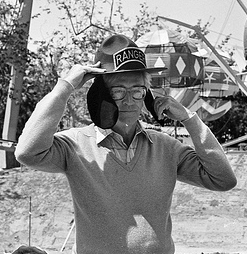 Yes, we mean that mild-mannered Minnesotan who created Charlie Brown and the Peanuts cartoons. He learned, and later taught, art through one of America’s first schools to offer art instruction courses that could be pursued at home.   Schulz took correspondence courses in cartooning from the Art Instruction Schools of Minneapolis. Charles was shy. He was mortified when his cartoons were rejected by his high school yearbook. His mother, hoping to cheer him up, spied a newspaper advertisement titled, “Do you like to draw?”   The Schulz family coughed up $170 to enroll Charlie in the correspondence art course, which he dutifully completed in isolation from his bedroom. After being discharged from the army in 1945, Schulz accepted a job as an art instructor at the Minnesotan school. His talent became legend.   Interestingly, even today the school does not offer “online” courses. They teach pen and ink drawing basics the old-fashioned way through mailed distance learning correspondence. Another difference: the tuition is no longer $170. More like $3,485. 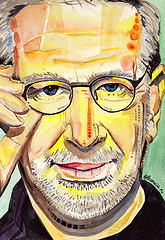 A gnarly report card caused film great Steven Spielberg to get booted out of California State University Long Beach in 1968. He hit the road to Hollywood where he flourished in an intern program at Universal Studios. That internship quickly turned into a steady studio job. Little Stevie soon had no time to worry that he’d flunked out of college. Lack of a college degree in film didn’t stop Spielberg from making cinematic hits like Jaws, E.T., and Jurassic Park. Co-Founder of the DreamWorks movie studio, Spielberg went on to snag Academy Awards as Best Director for both Saving Private Ryan and Schindler’s List. CSU allowed Spielberg to complete his bachelors as a correspondence degree with additional independent study in 2002. He earned a Bachelor’s in Film Production and Electronic Arts. The university required, as a capstone course, that Spielberg submit an original 12-minute film short. The university accepted a video of Speilberg’s movie “Schindler’s List” as the equivalent of that required final independent study film project. 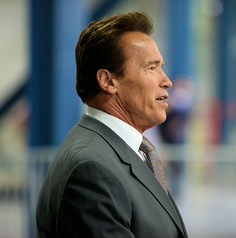 Muscle man Arnold Schwarzenegger saw college as an essential part of his ticket to success in his adopted homeland. Arnold took a smattering of English courses at Santa Monica College just after his arrival in the United States from Austria. In 1979, he enrolled for a correspondence degree at The University of Wisconsin. He earned a Bachelors in Business and International Economics while on the road, proving once again that the most ambitious don’t need no stinkin’ campus to keep on learning and keep on earning. Arnold’s business degree came in handy when he slid behind the Governor’s desk in the State of California, one of America’s largest public economies. We wonder if he’ll “be back,” earning his MBA online…

Note: We hope this blog post puts to rest that tired old myth that no one famous, or of any intellectual merit, ever learned anything via distance learning. If we missed anyone, or you have a famous intellectual dude or dudette you’d like to nominate, ping us online anytime. Twitter to @GetEducated or Facebook us.   Coming Soon: The Get Educated list of famous distance learning students – both dudes and dudettes – modern day Internet folk who are using online learning to help them earn their college degrees.

Image Credits (In order or appearance):