With the advent of online and distance learning, it has never been easier or more accessible for students to pursue an accredited and comprehensive education founded in the values and morals of a Christian or faith-based institution! 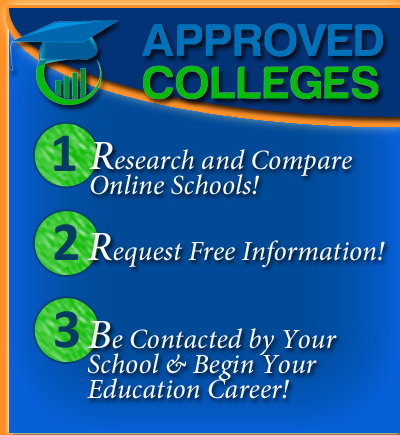 Christians are instructed to go forth and serve. More so than other schools, Christian campuses instill the importance of having a community and participating in it. Through service and ministry, students develop a sense of community and responsibility to something larger than themselves. It is in this community they learn the leadership and teamwork skills needed in order to succeed within their academic, professional and personal lives.
Doctors, businessmen and scientists are all taught the ethical rules and consequences within their field. This is what attaches religious ideals to every single industry and academic program. They function as a moral code governing behavior that has a place in everyday actions and interactions. Likewise, it has a place in every class speech, group project and research paper. Religious ideals ultimately construct mindfulness, which every student in any major can benefit from. Learning from their institution’s example, students adopt an overarching moral code that has an importance and function in everyday life.

The Christian College
There is something separating Christian schools from the ordinary liberal arts college. It goes deeper than the physical attributes, such as setting and class size. The separation begins in the intangible features that define a Christ-oriented school. Organizations are defined by action, motivation and accountability. Based on these characteristics, Christian colleges are defined by something greater than mankind.
A definition or classification begins in a name. Christian schools strategically and publically differentiate themselves with a religious label. A Christ-centered college illustrates a chosen body of students. This illustration symbolizes how Christian theology permeates the education of the schools, working to draw a line between it and a traditional education. 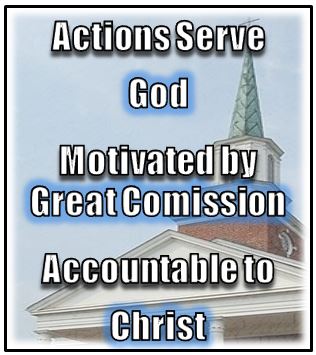 Religiously-directed education teaches that self-serving actions are trivial in comparison to those made in the name of God. Likewise, Christian institutions are not known for selfish motivations. Their primary interest is to obey and serve God’s will, which instructs them to go forth and spread His teachings. In this, Christ becomes the common denominator connecting a Christian college’s purpose to its policies, people and programs.
This common denominator allows Christian colleges to function as an individual organism and separates them from other types of higher education. Their most important purpose and intention is to carry out Christ’s Great Commission. This purpose was not created or set by mankind. It was created by something greater. Following and acting on ethereal orders, Christian universities hold themselves accountable to something higher than the laws of man.
A Religious Education
They hold themselves accountable to an idea of perfection, which is something human hands can never hope to achieve or equal. This perfection culminates in God’s written Word. The Bible is considered a symbol of absolute truth and excellence. Though the text is physically written by man, its words are dictated by a Greater Authority.
Christian college students answer to this recognizable Authority, who is identified as someone outside of and bigger than them. This is the defining difference between Christian and traditional education. A college education is recognized as two distinct parts, the first of which is academic and determined in a classroom. The second is social and largely determined by a student’s environment. Perhaps more than other schools, Christian colleges recognize that an academic degree means nothing unless it can be used properly. Its use is largely determined by a student’s social education, which consists of communication, leadership and teamwork skills.
These skills are not dismissed on a traditional campus. They are just taught in a different environment and therefore manifested in different ways. Traditional school settings are usually used as a quest for something that defines a student and their direction in life. Provided with various options to choose from, it is very easy for traditional students to lose their sense of self in the possibilities. Religious institutions tend to have the opposite effect and provide students with a sense of identity and purpose from the very start.
This defined sense of purpose stems from having a recognizable Authority, to which student actions are held accountable. Like their institution, Christian college students’ actions and motivations are defined by a higher authority that is God’s Word. This definition makes Christian college students individually responsible for upholding God’s will, whereas, traditional students are mostly only accountable to themselves. Christian students are instructed to set a specific example within their lives, regardless of their field. In doing so, they serve God and their community.
Continued on Page 2