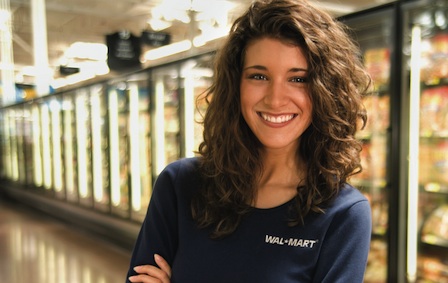 Editor’s Update: This employee tuition discount has been discontinued.

In total, the retail giant expects to pay $50 million over the next three years for tuition assistance to eligible employees.

Wal-Mart chose APU over 80 other educational institutions for several reasons, said a store spokesman. Low pricing was one factor; another was its online education delivery—two-thirds of Wal-Mart employees in a survey said they prefer online college. Also, APU offers online degree programs in retail management and transportation logistics handling, both of which are especially relevant to Wal-Mart employees.

As part of the agreement, APU will provide online course credit for Wal-Mart employees’ on-the-job training. APU will allow up to 45 percent of the credit required for a degree based on what they’ve learned in their jobs, according to a press release from Wal-mart Stores.

After the Wal-Mart discount is applied, an online college degree from American Public University at the associate level will cost $11,700 and a bachelors degree $24,000. By comparison, GetEducated.com research shows that the average price for an online bachelors degree in business management in 2009 was $43,000.