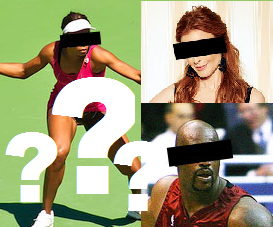 Online learning is growing in popularity among the glitterati. If you look around, you’ll find famous online alumni among actors, actresses and super athletes.   That’s right, your favorite stars are sneaking around and – gasp – attending college online.   Scrutinize the back row of online college lecture halls and you’ll spot a handful of celebs in shades scribbling furiously just like the rest of us. But non-traditional learning is nothing new for the “who’s who” of society. Even before the internet came into being, a handful of famous hot, brainy homeschooled dudes were gettin’ their learn on with the help of correspondence degree courses.   Why would famous people go to college online? Well, think about it – celebs can’t exactly stroll into algebra class, plop down in the back row, and expect no one to notice. Being a college student is hard if you’re famous. Successful people have hectic lives. Super athletes, for example, travel around like ping pong balls. As a result, few super stars can reliably make it to accounting class every Tuesday night at 6 PM. It’s difficult for the famous to fit their lives into a five hundred square foot classroom. Thank God they no longer have to.   I’ve been asked to name names, so here it is, the official Get Educated list of the top 3 “Online Learning Glitterati,” famous online alumni who’ve used distance learning to further their careers. 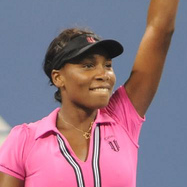 Tennis great and clothing designer, Venus Williams, selected an old-fashioned public Ivy — Indiana University — when it came time for her to learn how to manage her merchandising empire. After scooping up seven Grand Slam titles, the tennis star enrolled in a business bachelors through online learning from Indiana University-East.   IU Chancellor Nasser Paydar likes to downplay the celebrity’s enrollment. “She’s one of 3,600-whatever students this semester,” remarked Chancellor Paydar in an interview with the Indianapolis Star in 2010. “She’s just one student. Every student is as important as the other one.”   Er, maybe, Chancellor Paydar, but we at Get Educated think it would jazz up an online accounting class to have either of those bad-assed Williams sisters as a virtual study buddy… 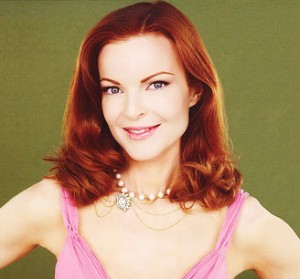 Marcia Cross is undoubtedly the most famous desperate housewife to use online learning to make a mid-life career change.   Cross, who played Bree Van de Kamp on the hit TV series “Desperate Housewives,” attended the low-residency masters in psychology program at Antioch College in Los Angeles. Earning her graduate degree between TV takes with “Seinfeld,” “Melrose Place,” “Spin City,” and “CSI,” in a yawning stretch between 1997 and 2003, Cross snagged her lead role in the “Housewives” series in 2004 with a newly minted psych degree on the mantle.   Guess that psych degree was part of her back up plan– in case her acting career dreams didn’t pan out. In case you wondered, Cross’s bachelors degree was earned the old-fashioned way, at Juilliard, a school befitting Bree, her acting alter ego.

Basketball Legend Adds MBA and Doctorate to his Credentials 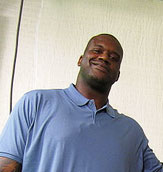 That’s right, even basketball superstar Shaquille O’Neal (Now “Dr. O’Neal”) is a rich and famous online learning alumni.   Like many great athletes, O’Neal left his home college, Louisiana State University, to hit the road in pursuit of a pro career. He struggled at balancing pro basketball and college to complete a bachelors degree in business from Louisiana State University in 2000. O’Neal kept cracking the books because he promised his mother that he’d graduate college.   When it came time to do graduate work O’Neil chose a campus that would travel the world with him. Looking for a practical education that might teach him how to manage his own line of sports products, O’Neal earned his MBA online in 2005 from the University of Phoenix.   Side Note: Dr. O’Neal is officially the tallest online learning student on record. Ever.   Now retired, the 4-time NBA champ, choose a campus program, Barry University, in Florida, to earn his doctorate in education in 2012. His hectic scheduled caused him to fly professors around to meet with him in hotel rooms so he could receive private lectures and mentoring. (I suppose that’s a type of distance learning, eh?)   In a graduation interview with ABC News, the basketball giant said “no way” anyone would be allowed to call him Shaq anymore. “Only the children can call me Shaq, the adults have to address me as Dr. O’Neal,” he said.   “I’m proud to call you Dr. O’Neal!” said his mother, in the same ABC interview.

Know anyone else famous or noteworthy who’s an online student or alum? Send us a hot tip! Twitter to @GetEducated or write us a line on facebook.

We’ll update this list as the names of new online learning glitterati roll in.