A Guide to MOOCs: The Future of Online Education, Part 2

According to Brianna Lee of Need to Know on PBS, between 1985 and 2005 the average college costs in the United States, including tuition and fees, have increased by more than 400 percent. Based on a study by Moody’s Analytics, this surpasses the rates of medical, energy, and housing costs, as well as inflation. American Student Assistance reported that in early 2012 “the average student loan balance for all age groups is $24,301.” 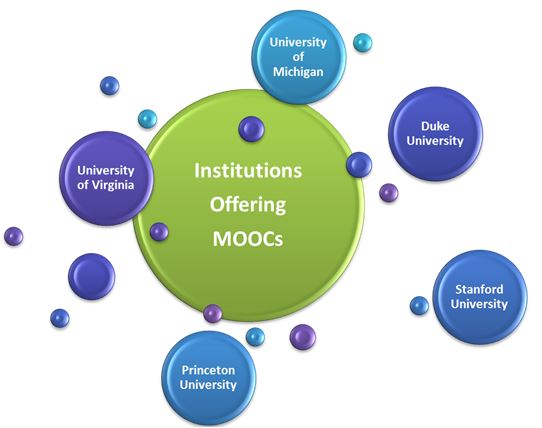 It stands to reason that an online learning program which only costs 28 percent of the traditional program would be the obvious choice for students who may not be in a strong financial position. But looking at it purely from an economical standpoint may not be enough. Even if the quality of the MOOC content hasn’t been compromised, the delivery format may not be compatible with student needs. Students from low-income families may have had fewer opportunities to engage in self-motivation and independent learning skills, which are necessary in MOOC environments. These students would therefore often be more inclined to benefit from direct, in-person interactions with professors.

“The idea that they can have better education and more access at lower cost through massive online courses is just preposterous,” said Patricia A McGuire, the Trinity Washington University president. About 70 percent of her students are eligible for Pell grants, which are based on financial need.

At the same time, the lack of direct, in-person interactions with professors at many brick-and-mortar institutions presents a similar issue. “At most institutions, students are in mostly large classes, listening to second-rate lecturers, with very little meaningful faculty student interaction,” said Robert Archibald, an economics professor at the College of William and Mary. “Students are getting a fairly distant education even in a face-to-face setting.”

Much more than just quality and cost factor into the question of whether or not MOOCs offer a practical, affordable alternative to traditional higher educational institutions. 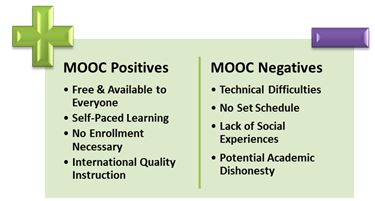 “What it is going to take to reinvigorate higher education in this country,” said Siva Vaidhyanathan, a professor of media studies and law at the University of Virginia, “is a strong political movement to champion research, to champion low tuition costs as a policy goal, to stand up against the banks that have made so much money lending for student loans, and to reconnect public institutions to their sense of public mission.”

Fundamental changes in the educational system won’t be immediate. “That is going to be a long process,” Vaidhyanathan said. “It has taken 20 years to press universities down into this cowering pose, and it is going to take 20 assertive years to get back to the point where Americans view American higher education the way the rest of the world does.”

Peter J. Stokes, the executive director for postsecondary innovation at Northeastern’s College of Professional Studies has been tasked with researching the effectiveness of emerging or existing ideas. Ultimately he believes that MOOCs have the potential to help improve higher education. “Innovation is not about gadgets. It’s about eureka moments,” Stokes said. “It’s about continuous evaluation.”

Georgia Tech’s MOOC master’s degree will be part of that continuous evaluation and help determine whether or not MOOCs can offer a quality education at a more affordable price.